Battlestar Galactica Online is the number one space combat browser MMO in the world today. It’s free-to-play and can be played on your browser with no download or installation needed. Players can choose to join either the Humans or the Cylons and battle it out in deep space. This is a very popular game with well over 14.9 million registered users. 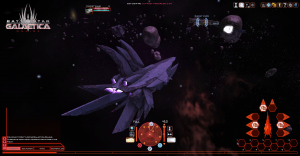 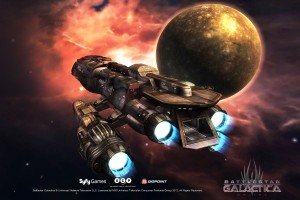 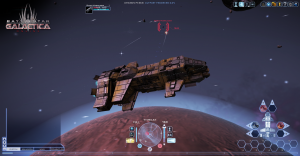 Gamers will certainly be thrilled with the newest space-based MMORPG that is available in the market. The Battlestar Galactica Online is loosely based on the popular science fiction television series with the same name. The game was created by Artplant and Bigpoint and was introduced in an open beta version on February 8, 2011.

This game is set on a time when the Cylons, artificial creatures created by man, began to rebel and take over the world. Players can choose to play as a human or as a cylon in this game. Fans of the television show will certainly enjoy exploring the Galactica universe and interacting with main characters of the series. Players can also commandeer different type of ships and aircraft in order to accomplish tasks assigned by commanders. Aside from this, players will certainly get the hang out of finishing difficult missions that can determine the fate of humanity in this world.

The Battlestar Galactica Online is designed in a 3D graphic environment which provides a realistic feel while playing the game. This game can be played free. A micropayment option is available for players who want to have extra edge in the game. The game provides different character development options that allow the player to be what he wants to be. It is also packed with tactical battles over resources and terrains that players can enjoy while following missions intertwined with the Battlestar story.