Edgeworld is an ideal browser-based free to play strategy MMO (MMORTS) game for those who enjoy a science fiction setting with aliens and space ships. The game takes place in an alien world full of turmoil, the resource rich, abandoned planet Cerulea IV. Conflicts gave rise to different factions that all claim to be rightful owners of chunks of land. Your base starts in a small area but it can be expanded with through research and game resources from mines and refineries. 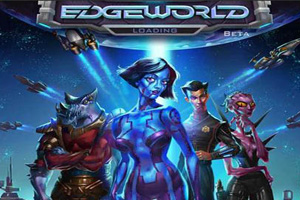 The game has two main clans: the Samuel Dynasty and the Galactic Union. Furthermore, the union is divided to three sub-groups: the Maar Condederacy, the Helio region and the Erazi syndicate. At the start of the game, a player is given five buildings which comprise the command center of the base: the gas refinery, the Crystal Mine, the warp gate, the staging area and the central command.

Like other social games, Edgeworld has real-time chat but with an added feature – players can click on the name of anyone in chat to scout or attack their base.

Aside from the offensive side of the game, you may also put up barracks to train soldiers or turrets which can impede any advance that the enemy will make. For a certain grace period, you cannot be attacked by other human players and you may only go after computer-controlled bases to steal their stockpile. After the grace period, it pays to fortify your defenses for anyone can launch an attack.

Before you attack, you can scout an opponent to view the defences of his base. Edgeworld is the only Kabam-developed game that allows scouting before an attack. After which, you can choose to go in the offensive or remain steady. Upon seeing your enemy’s position and strength, you can field your soldiers into places wherein victory is highly likely. You will be awarded with more experience points if you keep on winning battles. 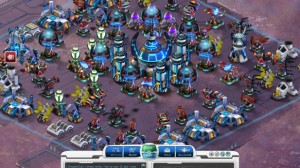