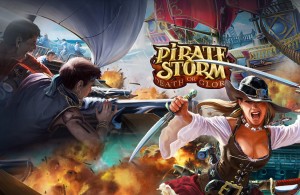 Bigpoint gives you a chance to pillage the seas with the Pirate Storm game. The seven seas will be yours to conquer. Increase your reputation as a fearless pirate by completing the tasks that the game presents. You can also attack other players to gain experience and collect game money.

True to the pirate tradition, the stage maps are mostly water and the tasks include looting, pillaging and attacking the ships or territories of opposing pirate crews. Attacks can be conducted using cannonball and hull breakers to begin with. You may finish off the task using crew killers and sail rippers. 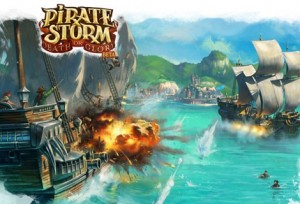 Navigating through the seas of Pirate Storm is as easy as pressing the left click of the mouse. The game has six regions with four maps every region. Each map has four zones and there are four main enemy targets for every zone. These targets may come in the form of sea monsters or battle ships. Minor enemy naval firepower will try do derail your campaign but you may destroy them to gain more points. If you ran out of ammunition in one weapon, the game automatically switches you to one of your more loaded weapons.

You may form alliances with other players for 150 gold coins but just like how true pirates roll, you can choose to put a halt to the partnership any time. Joining a guild is also possible through the game’s forums. Just state your game style and your preferences in playing Pirate Storm and a pirate lord might invite you to join their guild.