Pockie Pirates takes inspiration from the Pockie Ninja game which is heavily inspired by the Naruto anime series. This browser-based game is taking the seas of the virtual world by storm and it its theme is widely influenced by One Piece. This online treat is created by Game 321 and you must create a character first before proceeding to the game proper. 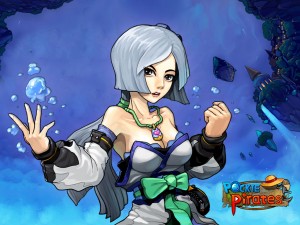 It’s great fun and free-to-play. You can play it on your browser without having to download or install a client, so that is a plus for people who want to start playing right away. An excellent choice for casual players who like browser MMORPGs and pirates.

A Crash Course on the Pockie Pirates Web Game

You may choose from one of the four character classes that the game has. You can become the lord of the pirates by becoming a doctor, a navigator, a great swordsman and a sniper. Obviously, the doctor casts its potions for healing while the navigator is best for tracking opponents. The great swordsman is most efficient in close combat while the sniper can take down enemies with its accuracy.

During the initial stages of the game, you will have a virtual guide that will stick with you while meeting more characters in the game. These characters can give pointers and directions on how you can complete certain tasks to gain experience points. These points can upgrade the level of your character which makes their capabilities more efficient to use.

Also, Pockie Pirates does not allow its players to form teams. A player must conquer the tasks alone while getting help from AI’s that need to be developed and trained. Aside from defeating others in combat, you can also gain experience points in this game by completing mini games such as the Underwater Treasure Hunt. 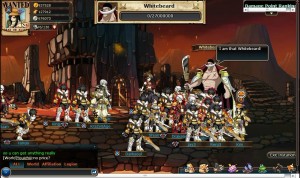