Description: Age of Wushu is a fun martial arts fantasy MMORPG with realistic 3D graphics. Set in Ancient China, characters in AoW play the role of a young hero or villain who must master one (or all) of the skills of the eight Kung Fu schools. Join the Shaolin school, Royal Guards, Beggars’ Sect, Scholars’ School, etc. to gain knowledge. Spy on rival schools to steal their secret skills. 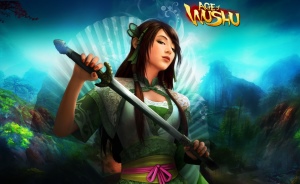 Character animations and moves are graceful since they are based on motion-captured moves by real martial arts experts. Combat is fast and furious but players need timing skills to use attack, parry and feint skills.

PvP is all over the world and in every server. There are no safe spots but player killers will receive Infamy points. Too much infamy and the character’s reputation goes down and he or she will be attacked by NPCs or even jailed for a time until they can escape or bribe their way out. Player guilds can buy castles which must then be defended against attackers. If a guild loses their castle to an enemy guild, they will have to regain it through a guild battle.

The MMO has many sandbox features such as a classless and leveless character progression system in which any character can choose to master any or all skills. Gathering raw material and crafting them into food, medicine, weapons and armor is a big part of the game. The economy is player-controlled since the best items are all player-crafted and sold by other players, not by shops.

Age of Wushu is in open beta until its official launch on April 10, 2013. Beta testers are offered special free rewards if they join and create a character before the 10th of April. 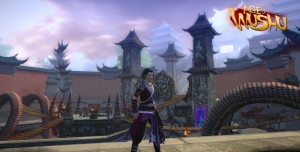 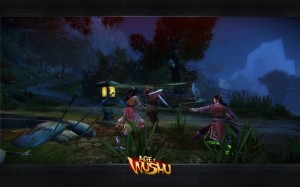 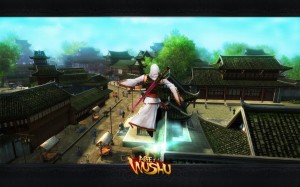