To Play or Not to Play Shaiya? 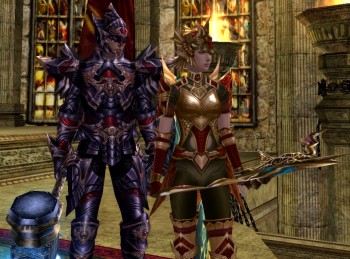 When you play MMORPGs do you like to do a lot of combat, both PvE (monster killing) and PvP (you vs other players)? If you answered yes, then Shaiya Online might be right game for you.

In addition, Shaiya has a great community full of friendly players. Guilds are very active so its very good for social players. 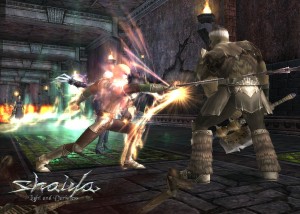 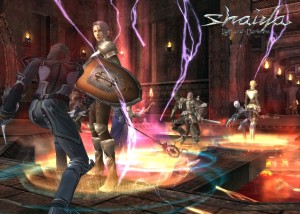 Shaiya Online is one of the RPG games that are becoming increasingly popular because of its new take in the standard MMORPG playing environment. This MMORPG was developed by Aeria Games. This game is designed with a high-quality graphics that enhances the player’s gaming experience. Battle systems and missions can be easily learned and completed by players. This game allows the player to choose between easy, normal, hard and ultimate game modes. This is usually dependent on the character’s base level.

One of the unique features of this RPG is its Ultimate Mode. The game play in the Ultimate Mode is almost the same with the game’s regular channel. The only difference in the Ultimate Mode lies on how the in-game character dies. When the player’s character dies, instead of getting resurrected in a predetermined save point, it gets permanently deleted from the game. This type of gaming poses a greater challenge for elite gamers all over the world.

Like other MMORPG, players can choose which type of character they want to be in Shaiya Online. In the beginning of the game, players are given the choice to become a member of either the Alliance of Light or the Union of Fury. The difference between the two factions lies on their objectives in the game’s universe. Aside from this, players are also given the chance to select which race and classes they want to be. Alliance of Light members can become a human or an elf while Union of Fury members can opt to be a vail or a death eater.

Choosing the faction and race also has an impact of which class the character will develop into during the game. For Alliance of Light, humans can become a fighter, defender or priest while the elf can become mage, archers and rangers. Union of Fury members who are death eaters can choose to be hunter, guardian or warrior. Vails can advance through the game and be a pagan, oracle or assassin.