Amongst various MMOs there are not many of them which treat the aviation history. Of course, it is a bit hard task since the flight simulations are a bit tricky to make. The very task of making some really realistic flying models is rather complicated. Luckily, The World of Warplanes, although is still in its early days is the pure jewel amongst the similar games, and for the very first time it is available to the players worldwide. 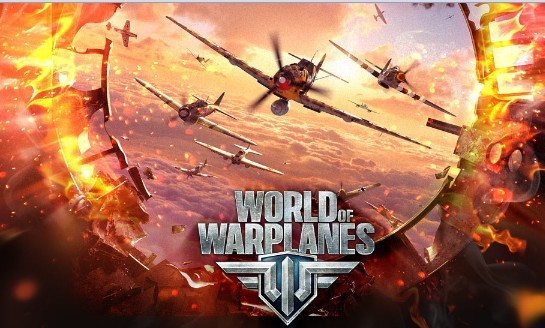 In fact, the designer team of this game made one of the best jobs I have ever seen, and I must admit that is really something special since there are lots of hours of flying and MMO gaming behind me.

Basically, the game play is quite simple. Once when you have downloaded and installed all of the patches and the game client, you have your account and the fun may start. Since it is all about military planes of the late piston and the early jet era, you have to fly against other players on various historical maps. Of course, not all of the planes are available at the beginning. You have to earn experience in the direct clash with the other players and as the experience accumulates you get to research later types of the aircraft and fly them.

For now there are 3 tech trees: German, USSR and the US tech tree. Each of those feature the planes which were the most prominent in their time, so you get to fly some really famous machines like the Bf-109 or the P-51 Mustang. Of course, as this is still the very early stage of the game development there are some real gems still missing, but the developers promised to release them in the first official version.

Also, at least two more tech trees are also announced: the British and the Japanese. When these beauties come this will be by far the best designed game of this type ever.
Of course, the developers took a very thoughtful approach when creating this game so they offered exactly what each nation had the best within their tech trees. Literally, this means that within the US tech tree you will have the wide variety of naval and army fighters, while the German tech tree has the classical Luftwaffe light fighters and mighty heavy fighters. Finally, the USSR tech tree has low level very manoeuvrable dogfighters and heavily armoured attack aircraft.

The most important thing is that they managed to copy the exact flying characteristics those aircraft possessed. This makes a real difference in the gaming experience compared to the previous attempts on this topic. Also, the same plane with the different payload acts accordingly and this is really something refreshing.

Still, the most important thing is not the very airplane and its abilities, nor the individual flying skills of the player (although they contribute a lot) but the team play and the tactics. This is what makes this game so great. Even in these early stages of the game there are some distinctive differences amongst the individual players and the community started making quite a compact group.

This all promises the endless fun for a very, very long time.